Devolution in the South: reboot needed

HomeDevolution in the South: reboot needed 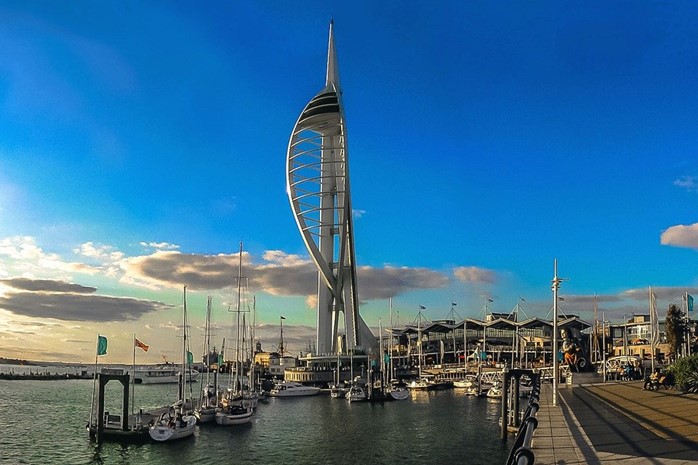 Simon Eden, SPC Associate, on how the South needs to re-imagine its approach to devolution: November 2017

Devolution across the UK has proceeded in fits and starts.  Some councils and their partners embraced the process early, and came out with devolution deals which delivered financial support, greater autonomy and, in some cases, new powers.  Others came late, and got stuck in a ‘traffic jam’ of bids which sat on Ministers’ desks.  The Brexit referendum, a change of Prime Minister and then the General Election in June 2017 brought everything pretty much to a halt.  The process has yet to restart in earnest.

Many potential partners who bid to become Combined Authorities are in limbo, not knowing whether ministers will look favourably on their ideas or not.  As Government says nothing, so alliances fall apart, with councils voting against working in a Combined Authority with near neighbours.  Legal challenges seem to have more impact on who works with whom than does economic geography.

Devolution in the central South of England has stalled.  Promising partnerships have collapsed. Government has said nothing in response to the bids they received from once enthusiastic councils, LEPs and businesses.  No one is clear what will happen next, if anything.  In May of this year the Southern Policy Centre held a conference to explore why devolution for the central South has stalled, and how we could re-start that debate.

Our keynote speaker was Lord Jim O’Neill, former Treasury Minister who, along with former Chancellor George Osborne, was the architect of the Cameron Government’s approach to devolution.  Both O’Neill and Osborne had a very clear vision for devolution: their aim was to re-balance a national economy which they perceived to be dominated by London and the South East.  They wanted to stimulate local economies by devolving political power, decision-making and accountability to cities and city regions.

Successful devolution deals have been struck with some of our great northern cities, and with areas as far apart as Bristol and Peterborough.  But central southern England has missed out.  The businesses, universities and councils attending our conference shared a sense of frustration at the lack of a devolution deal or deals in our area.  A lack of progress meant our communities are not seeing the benefit of the extra investment in infrastructure, skills and housing such deals bring.

So what went wrong for the central South?  Lord O’Neill was very clear that the best bids he saw offered a distinctive, ‘stand-out’ proposal which built on unique local strengths and offered Ministers a clear economic payback.  The worst appeared to be no more than requests for additional money. Perhaps none of our proposals were exciting enough for ministers – or perhaps they failed to capture what’s unique about us?

We were told that only one of our bids, for the Solent area, got as far as being considered by ministers, and that it subsequently failed because of opposition from some local MPs.  Perhaps we also fell foul of ministers’ focus on conurbations, with no thought-out policy for the more typical mix of cities, towns and rural communities making up much of the UK.  But nor did we help ourselves, with discussions about devolution in the central South so readily becoming about ‘form’:  who sits on the Combined Authority, who chairs, who has what votes?  The political and administrative geography of our area is complex, and not everyone could agree on the make-up of proposed Combined Authorities.  Many saw an elected Mayor as a threat to local councils’ authority.

Councils are understandably wary about renewing that seemingly fruitless debate. But businesses, universities and others at the Southern Policy Centre’s conference recognised that the case for devolution remains strong.  By allowing decisions to be made and resources allocated at a local level we stand the best chance of addressing the problems faced by deprived communities, of targeting capital investment to where it will have the greatest impact, and of re-growing a strong economy by building on local strengths and opportunities.

But that case needs to be made once again, and this time, framed in a different way. While devolution is about a constitutional argument about where power should lie, there is also a far more pragmatic argument, making the case for devolution as a vehicle for solving local problems – from delivering improved housing supply to stimulating economic growth.  There is every indication that ministers see devolution in that pragmatic, functional way.  Maybe we need to re-cast the case we make to reflect this new mood.

So perhaps we should restart the devolution debate in the central South from a different place.  Maybe we should move away from politically-led debates about governance, voting rights and representation, and begin by looking at with how greater local control can deliver more jobs, better housing, and better life-chances for people.  For their part, ministers should articulate a more attractive ‘offer’ for those willing to overcome the institutional and political barriers to co-operation.

It’s sad to say, but it appears that Whitehall doesn’t trust local councils and local communities.  So we need to prove we can work together: councils with one another, with businesses, universities and many others. There is nothing more powerful for Ministers than a demonstration that something works; it puts you on the front foot when it comes to making the case for seceding control.

If the old arguments have fallen on ministerial deaf ears, then perhaps this sort of ‘bottom up’ case for devolution will have more of an impact.  Businesses, universities and others working alongside local authorities as equals may be able to make a better, more persuasive case than we did in the past.

0
devolution
« Lord Jim O’Neill’s speech to Devolution South conference
The Budget and the Industrial Strategy: Why the Central South needs to get back on track »

Business, Environment and Society: How the central South’s businesses see their environmental and social responsibilities
November 2, 2021

Levelling up and devolution: what might it mean for the central South
September 21, 2021